Securing mass production technology of excellent VLPs through yeast system: vaccine development of vaccines for HPV and RSV and application as DDS 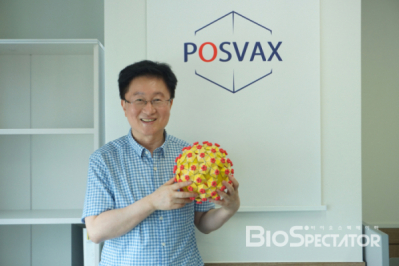 POSVAX is a biotech challenging vaccine development based on VLP-based platform technology. The bio-company was founded by Prof. Kim Hong-Jin (General Manager of Technology) who worked as a researcher at Wyeth-Ayerst (currently, Pfizer) and Hanmi Pharmaceuticals, and at the College of Medicine at Chung-Ang University for 15 years.

Prof. Kim has been engaged in research and development of virus-like particle (VLP) production technology, and as a result, he is working towards establishing a platform for producing VLPs. Based on this platform, POSVAX is developing vaccines for human papillomavirus (HPV), respiratory syncytial virus (RSV), and Alzheimer's.

He said, “POSVAX has a technical know-how to assemble VLPs with high structural stability. Through this technology, we are going to develop 9-valent HPV vaccines first to enter domestic and overseas markets where there are no late movers.”

◇ 'VLP,' indistinguishable from viruses, is ggaining attention as the next generation vaccine platform.

The VLPs are of multiple protein nanostructures comprised of viral proteins. Virus-like particles have sophisticated structural characteristics that are almost indistinguishable from those of native virions when observed under an electron microscope.

As VLPs do not contain viral gene but consist of high-density viral surface proteins, they are useful for vaccine production. In particular, since they retain the function of penetrating into cells freely like virus, a vaccine can have good penetration efficiency into the cell.

Additionally, the advantage of VLPs is that they are infection-incompetent and highly stable and also that they have high immunogenicity. Existing vaccines use inactivated viruses, but in the case of VLPs, the virus’ genes are removed, which makes a vaccine much safer than previous vaccines in terms of infection risk. Additionally, they have a multi-atomic structure that activates immune cells through multiple replication of antigens.

The first step towards making VLPs is to clone and express genes of viral structural proteins. Cell culture systems used to produce VLPs can be mainly divided into three kinds such as bacteria, cell lines, and yeast. 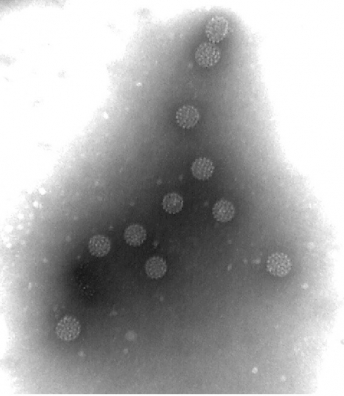 POSVAX’s platform technology is capable of producing high-purity viral capsid proteins out of yeast. Prof. Kim said, “The produced capsid proteins have a sphere-shaped tertiary structure. A total of 360 antigenic epitopes must form a perfect sphere shape to become an effective vaccine. If it is mixed with even traces of other types of protein, it cannot form a completed tertiary structure. Thus, it is difficult to produce an expected level of therapeutic effect. Therefore, the core of the technology is to make such a complete spherical structure in a constant and sophisticated manner.” POSVAX has secured production and purification technology to obtain high purity proteins, which has dramatically increased the yield of VLP particles.

In 2015, MSD was successful in developing 9-valent vaccines (trade name: Gardasil-9) comprised of HPV types 6, 11, 16, 18, 31, 33, 45, 52, and 58 that can prevent more than 90% of cervical cancer. Prof. Kim said, “Because the antigen structure of the vaccine is complex, it requires a long period of research and a great stock of know-how to develop even a monovalent antigen. It means that there is a steep technical barrier to realizing development of a 9-valent vaccine consisting of 9 types of VLP antigens.”

POSVAX has issued the challenge of becoming the first company after MSD to develop HPV 9-valint vaccines. Prof. Kim said, “Since MSD launched 9-valent vaccines, the companies has acquired approval in 77 countries including the U.S. And countries such as the U.S. and Canada have revised the guidelines for national vaccination programs to apply 9-valent vaccines. Without 9-valent vaccines, it is difficult to enter a market.” POSVAX will advance to the 9-valent market to promote the prowess of VLP platform technology and to secure profits.

◇ VLPs with high body stability has the potential to be used as drug delivery.

POSVAX expects to use VLPs as an effective drug delivery system, because they have a high level of stability when exposed to degrading enzymes in the body and have high cell penetration rate thanks to retention of virus characteristics.

Prof. Kim said, “Because the inside of the VLP is empty, it is possible to load various types of particles such as DNA, RNA and peptides. POSVAX has various forms of VLPs and is good at screening drug carrier combinations. In the case of drug delivery system, several candidate substances are being studied. And, we expect that early value creation is possible through collaboration with domestic and overseas pharmaceutical companies or technology transfer.”